Samurai Ken slot is a development of the independent Swedish studio Fantasma Games for Microgaming. This is a classic 5-reel game with an unusual Japanese manga design. The maximum winning is 1,500,000 coins! 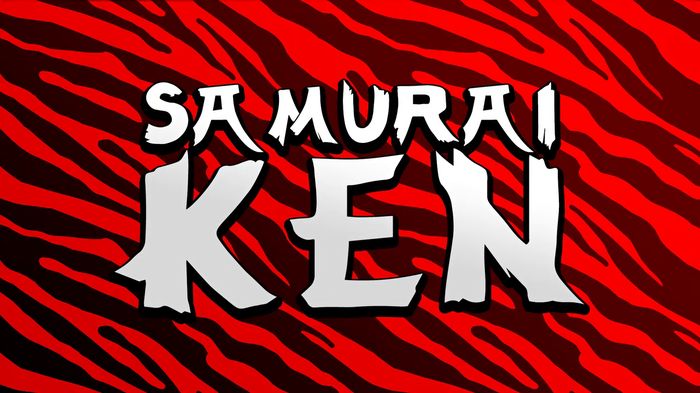 The slot was released in March 2018. From day one, it has been available at ShangriLaLive online casino. The game is adapted for any operating system; try it on both PC and phone.

The game has been tested by the independent laboratory eCOGRA. As a result, all slot configurations are within the law; The RTP is even higher than the developer said.

Samurai Ken is a 5-reel, 3-row, 20-payline slot. The game stands out for its unusual comic-style design and Japanese mythical creatures. This explains the popularity of the game, which has been in the ranks for several months. 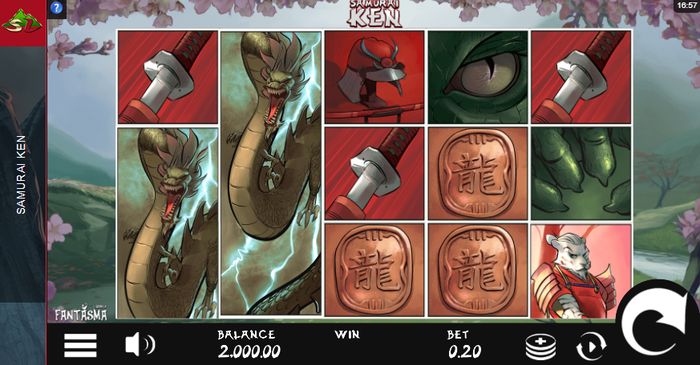 The main character is called Ken - a mythical white tiger in armor. His enemy is the dragon. The spinning of the drums is like flipping through a comic book; the sounds are reminiscent of the rustling of book pages.

Combinations are formed from left to right, starting from the first reel. The highest combination is paid out. 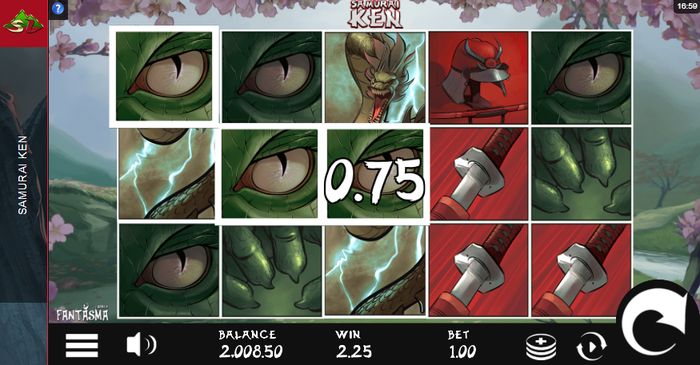 High odds and an abundance of bonus features allow you to break huge pots. 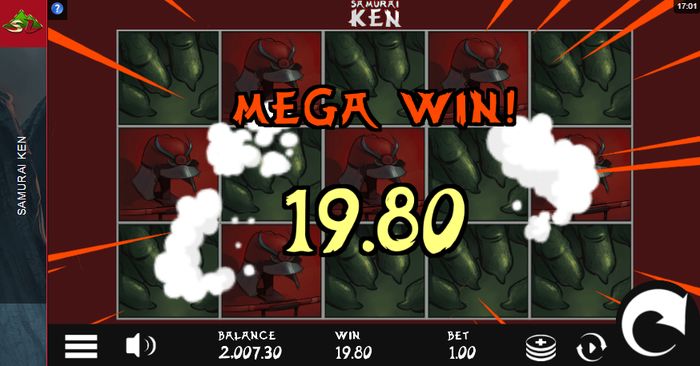 The slot has 2 sets of symbols: 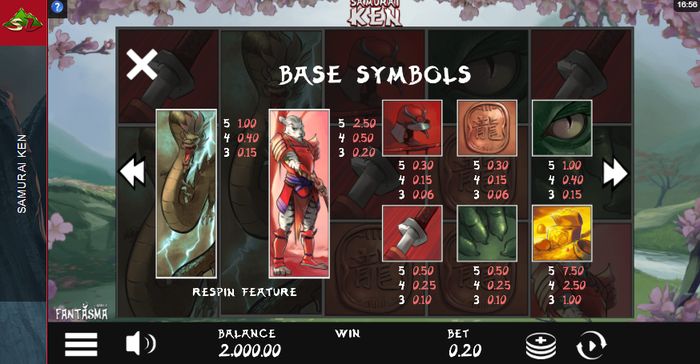 Special symbols include wild and scatter. The wild symbol appears only during free spins and replaces any symbol except the scatter symbol. Two or more of them trigger respins. 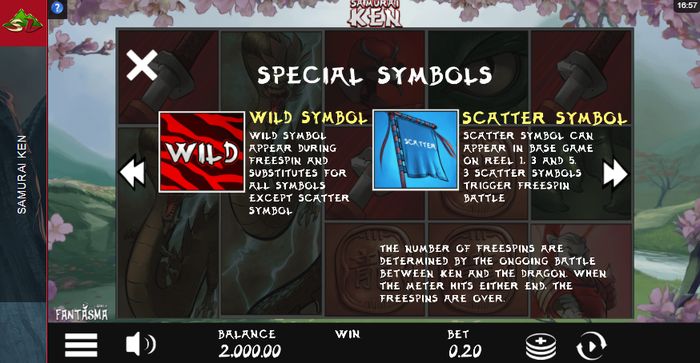 Scatter appears on reels 1, 3 and 5. When three scatter symbols appear on the screen, the Freespin Battle starts.

There are two bonus games in Samurai Ken slot:

Sticky Win is a re-spin feature that activates after collecting any winning combination. Moreover, in the next round, sticky symbols remain in place. If the next combination adds another symbol, re-spins continue. 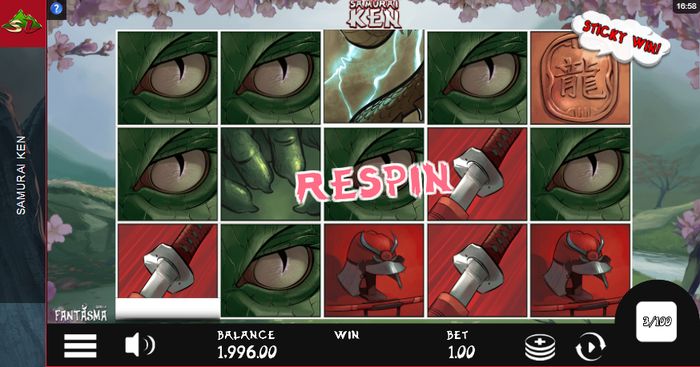 Sticky Wins can last for quite some time when the combo fills the entire screen. At the end of the repeated spins, the winning amount appears on the screen. 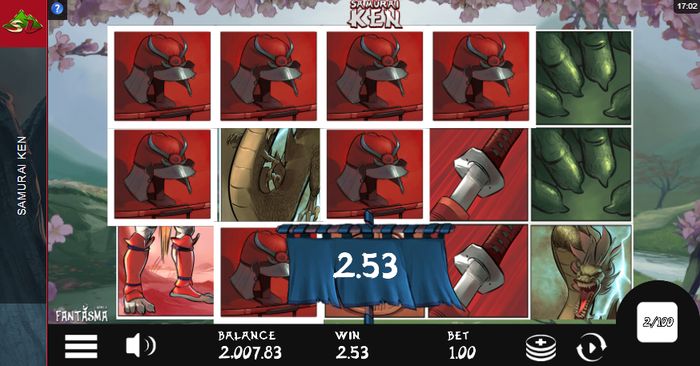 Freespin Battle is a free spins bonus game where the number of free spins is determined in a battle between samurai Ken and a dragon. The game starts with 3 scatters on the field. 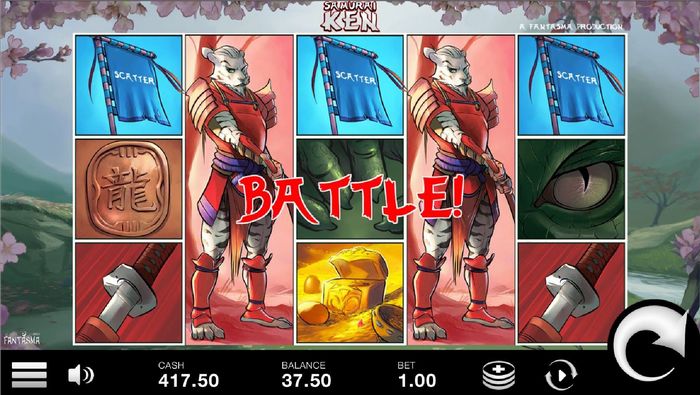 The battle of free spins continues until one of the opponents runs out of life, the indicator of which can be seen at the top of the playing field. 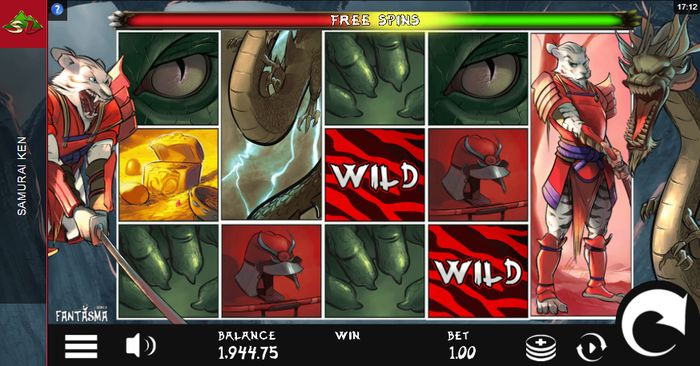 At the end, you will see the amount won. 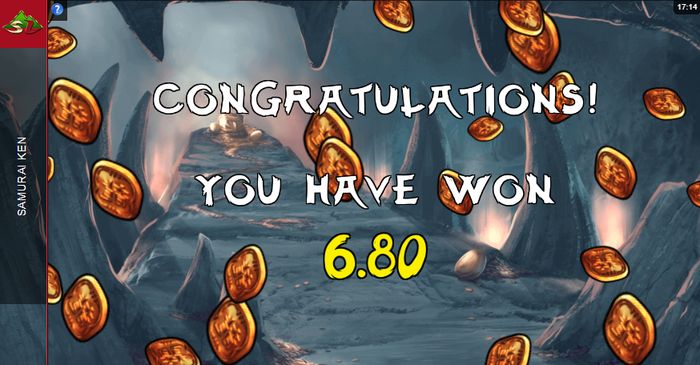 Where to play Samurai Ken?

ShangriLaLive has a licensed version from Fantasma Games and Microgaming; You can play the game from any device. All new visitors who make a deposit will receive a 100% bonus! 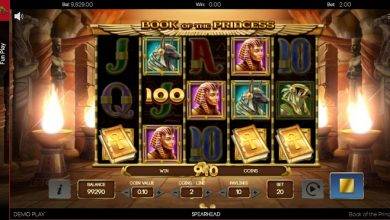 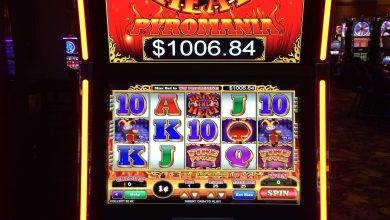 Discover some of the most popular free slots games